Why do we need privateVLAN?

Sometimes, you may want to segment traffic in your switch without creating multiple VLANs and having to use a router. For instance, if you have a number of servers in your network that you do not want to communicate to each other but want them to communicate to other networks/subnets or Internet via a common gateway you can create a private VLAN for each server and then assign them to the primary VLAN. The servers in the private VLAN remains isolated from each other but they all can use the common gateway to reach other subnets.

Now, that you have the basic understanding of private VLAN, you can move on to creating private VLANs, but before that  you need to remember that private VLANs can be configured in three different modes: 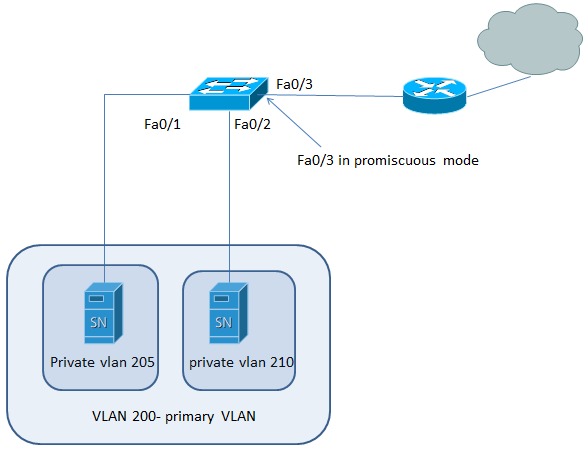 Next, associate private VLAN with the primary VLAN using the following command:

To associate the promiscuous port to the private VLANs use the following command.