Though malware may take many forms, they have only one purpose to -disturb your computing environment. We can broadly classify malware depending on how the replicate and function. Remember that any codes that have evil intentions can be called a malware. That is why a virus, worm or even a backdoor program can be considered as a malware. But there is a distinct difference between a malware and an exploit that we will discuss in another post. 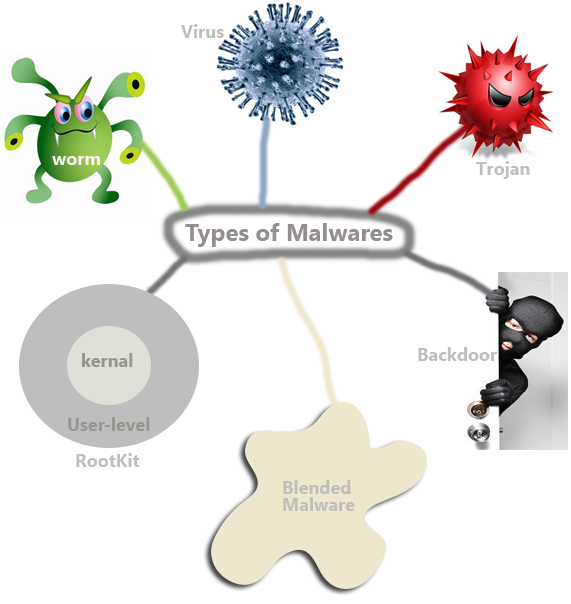